The JRD goes to War

The JRD or at least our model railroads will be challenged to go to War on September 20th by Bernie Kempinski as the second talk.  The development of modern warfare and railroads have an intertwined history from very early in the history of the railroading.  Bernie has a well known American Civil War layout which I can personally attest to as worthy of a quality that brings Museum to mind as description for the level of detail, but this is a very smooth running layout.  The American Civil War as recorded in history could never have come to pass without the railroad.  Troops could not be moved so quickly or supplied in such numbers without railroads.  Please take a look at Bernie's blog to gain an appreciation of Bernie's modeling.  Below is the cover of Bernie's new book due from Kalmbach early next year. 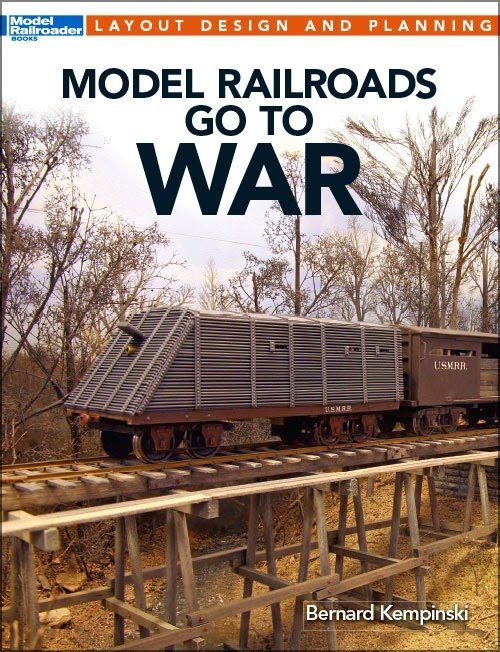